By: Anindita Ghosh
In: Computer
Tagged: Next Apex, Vivo's 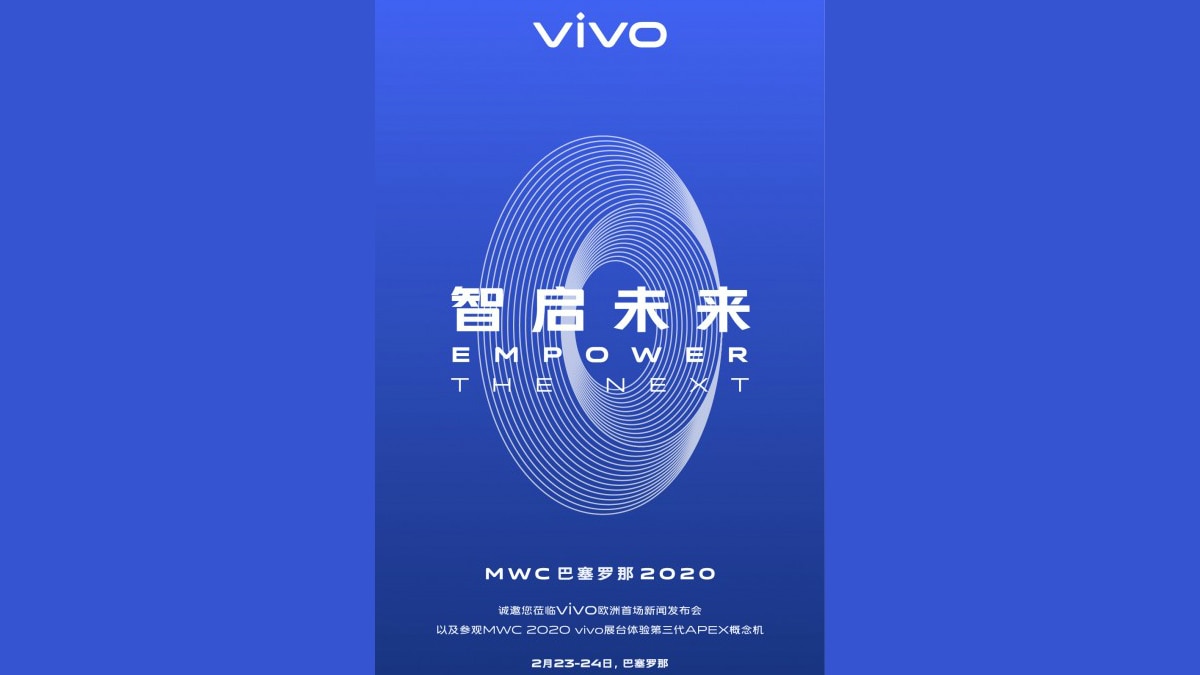 Are You a Slave to Your Phone? Vivo Claims Frightening Statistics

Vivo conducted a study that reported shocking numbers indicating we are slaves to our phones, showing how dependent we are on the technology. We tell you some tips and tricks so that you d

Chinese handset maker Vivo is set to show off its third-generation Apex concept smartphone at the Mobile World Congress (MWC) 2020 in Barcelona between February 23 and 24, promoting the concept phone with the slogan “Empower the Next”, as per an invite sent to the press.

This makes it the third year that the smartphone player has showcased an Apex concept phone at the event. Vivo’s previous Apex concept smartphones have been impressive tech showcases.

The first Apex concept in early 2018 presented a nearly bezel-less phone with the first in-display fingerprint scanner. Last year, the Apex 2019 had a fingerprint scanner that worked from anywhere within the display and a body without any holes.

The invite teasing the launch of the third-generation Vivo Apex concept smartphone was shared by Tech Sina.

Vivo arrived in Barcelona last year with the Apex 2019. It wasn’t as impressive as the previous APEX smartphone.

The concept showed how a under-display fingerprint sensor could recognise your finger anywhere on the display. Instead of just in a small spot at the bottom of the display.