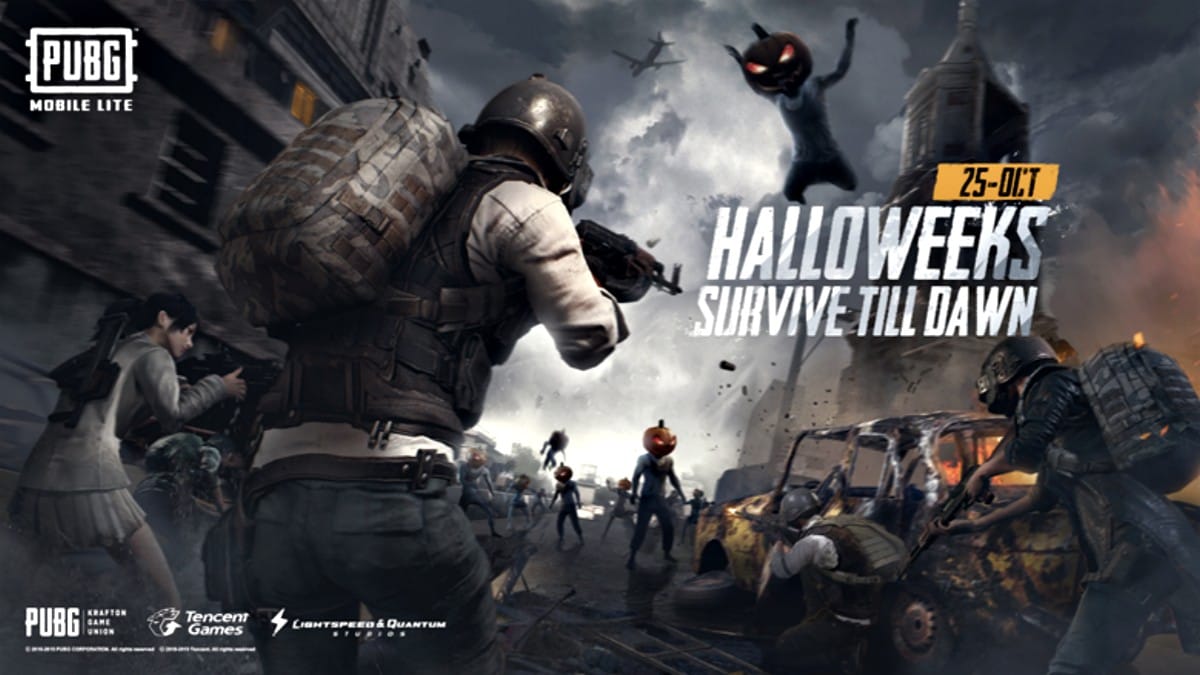 PUBG Mobile Lite has landed a new content update that brings Survive Till Dawn Halloween mode to the game, a few days after it arrived on the core PUBG Mobile game. The PUBG Mobile Lite 0.14.6 update also introduces a host of new elements such as open character system, complete with a new character called Victor with a key tactical advantage. Three new weapons have also arrived in PUBG Mobile Lite with the 0.14.6 content update to blast past pumpkin-headed zombies, aside from video rewards, main menu page makeover, and updated winner pass feature.

Tencent’s press release mentions that the PUBG Mobile Lite 0.14.6 update is now live in ‘select regions worldwide’, but as of now, the game is yet to receive the update in India. As for the Survive Till Dawn Halloween mode, it is essentially the same mode that was rolled out for the core PUBG Mobile game earlier this month. In the Survive Till Dawn Halloween mode, players will have to survive for two days and three nights while facing an onslaught from pumpkin-headed zombies till they are evacuated.

Players will have to scourge for weapons and supplies in the zombie-infested landscape before the dawn brings with it hordes of undead walkers. After all, what would Halloween be without some walking dead pumpkins? Those who manage to survive till the end will be able to unlock exclusive achievements. Moreover, players can now earn rewards by watching videos available on the purchase page. The main menu of PUBG Mobile Lite has also received a Halloween makeover and an updated Pass Mission Card has also arrived