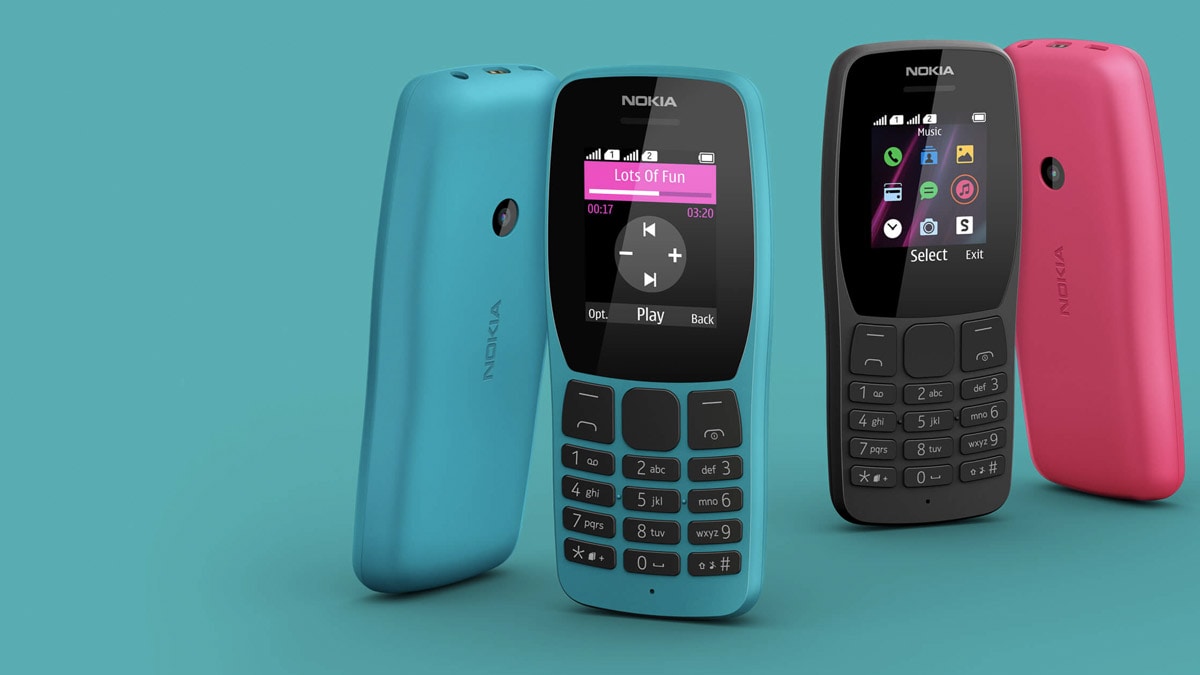 Nokia 110 (2019) was launched in India on Thursday by Nokia mobile brand licensee HMD Global. This smartphone is added to the feature phone range from Nokia. The new smartphone is positioned as a step up from the Nokia 105 that was launched in the country two months ago. Nokia is positioning the Nokia 110 (2019) as an entertainment device as it will be able to play MP3s stored on the device as well as stream songs from FM radio. Nokia has also added its famous Snake game on the device as well.

The Nokia 110 (2019) price in India is set at Rs. 1,599 and will be sold in Black, Ocean Blue, and Pink colour variants. The Nokia 110 will be available starting from October 18 in retail stores as well as the official website. To recall, the feature phone was launched globally at IFA 2019 last month.

HMD Global has opted for an 800mAh battery to power this Nokia 110 (2019) and claims 18.5 days of standby time. This feature phone claims to offer 14 hours of talk-time, 27 hours of continuous MP3 payback and 18 hours of FM radio playback. The Nokia 110 (2019) has a built-in rear camera that can be used to take photos. It also has an LED torchlight at the top.