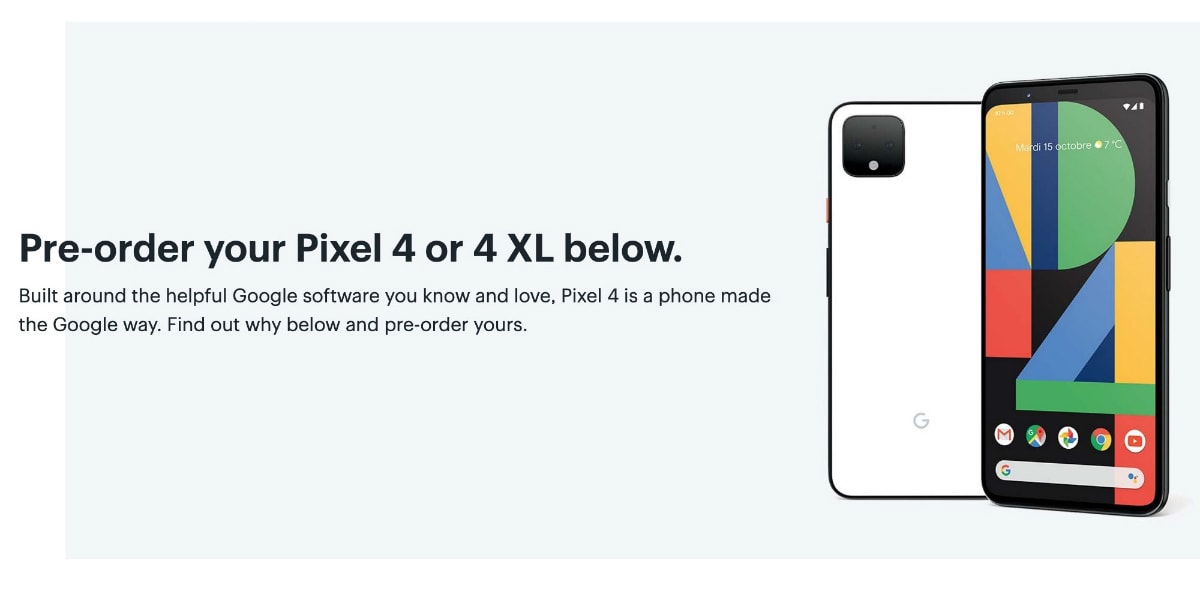 Google Pixel 4 series is all set to launch tomorrow

Google Pixel 4 launch is just a day away, and the leaks refuse to stop. The phone has been spotted on Best Buy Canada revealing specifications, design, and more. The new Google phone’s retail box has also been leaked revealing internal accessories inside the box. The Pixel 4 and Pixel 4 XL, according to the Canada listing, come with Google Camera 7.1, 90Hz display, Snapdragon 855 SoC, and a feature called Quick Gestures.

9to5Google spotted the Best Buy Canada listing, which has now been removed. The pre-order listing confirmed that the phone will include Google Camera 7.1 that comes with a cleaner interface and a ‘point-and-shoot’ feature. There’s also something called as Quick Gestures that lets you control the phone without touching it – probably the Project Solo based air gestures that have been confirmed and leaked multiple times. The Pixel 4 series will also integrate the next-gen Google Assistant as well.

The listing leaked full specifications as well, and the Pixel 4 and Pixel 4 XL are listed to pack dual rear cameras – with 12-megapixel and 16-megapixel sensors, and 4K video resolution support. The phones are listed to pack 8-megapixel front cameras with 1080p video resolution support. Both the phones are powered by Snapdragon 855 SoC paired with 6GB RAM and 64GB storage. They will support Face Unlock as well.