Huawei Unveils HarmonyOS to Rival Android, Says ‘Can Immediately Switch’ to It if Needed 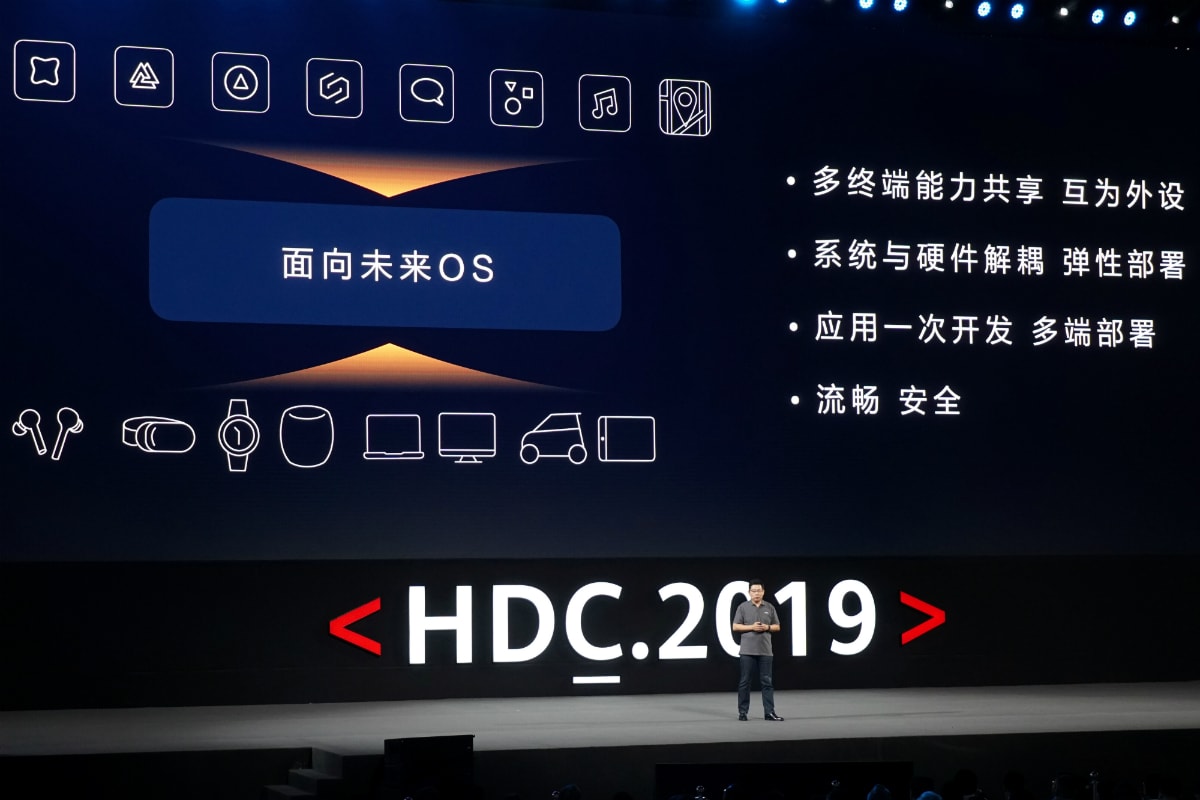 Huawei’s HarmonyOS, known as HongMeng in China, is touted to be a “future oriented OS”

HarmonyOS is official. Chinese telecom giant Huawei unveiled the new operating system on Friday, as it faces the threat of losing access to Android systems amid escalating US-China trade tensions. Richard Yu, the head of Huawei’s consumer business, told a press conference in the southern city of Dongguan that the new system, known as HongMeng in Chinese, would “bring more harmony and convenience to the world”.

The highly-anticipated software is considered crucial for the tech group’s survival as it confronts a looming White House ban on US companies selling technology products to Huawei which could remove its access to Google’s Android operating system.

Yu said the new system was a “future oriented OS” to be “more smooth and secure,” which he said was “completely different from Android and iOS.”

Huawei said the first version of the HarmonyOS would launch later this year in its smart screen products, before expanding across a range of smart devices including wearable technology over the next three years.

“If you’re asking when will we apply this to the smartphone, we can do it at any time,” said Yu, adding that they gave priority to using Google’s Android operating system, which is compatible with Harmony.

“However, if we cannot use it (Android) in the future, we can immediately switch to the Harmony OS,” he said.

In May the company was swept into the deepening trade war between Beijing and Washington which has seen punitive tariffs slapped on billions of dollars of two-way trade.

Huawei — considered the world leader in superfast fifth-generation or 5G equipment and the world’s number two smartphone producer — has been blacklisted by US President Donald Trump amid suspicions it provides a backdoor for Chinese intelligence services, something the firm denies.

On Thursday Beijing slammed US rules banning Huawei and other Chinese companies from government contracts, saying they amounted to an “abuse of state power”.

‘Plan B’
As a result of US moves to blacklist Huawei, American companies are theoretically no longer allowed to sell technology products to the firm, but a three-month exemption period — which ends next week — was granted by Washington before the measure came into force.

That ban could prevent the Chinese tech firm from getting hold of key hardware and software including smartphone chips and elements of the Google Android operating system, which equips the vast majority of smartphones in the world, including those of Huawei.

Huawei has reportedly been working on its own operating system since 2012, but the group has always said publicly it didn’t want to replace its Android phones with a home operating system.

Yu told German newspaper Die Welt in an interview published in March that creating their own operating system was “Plan B”.

Huawei will be able to “develop at a lower cost a brand new ecosystem” and “mitigate its dependence on US suppliers for its software needs”, Kenny Liew, technology analyst at Fitch Solutions, told AFP.

However, smartphones using the system would mainly be confined to the Chinese market, Liew said.

Developing an operating system and the entire ecosystem that accompanies it is a complex affair.

Apart from Google’s Android, the only other popular operating system is Apple’s iOS, available exclusively on the iPhone.

Microsoft pulled the plug on its Windows Phone platform earlier this year, and Samsung’s Tizen system is barely known compared with Android and iOS.