Steam Chat Gets its Own iOS, Android App; Steam Guard to Get QR Code Feature 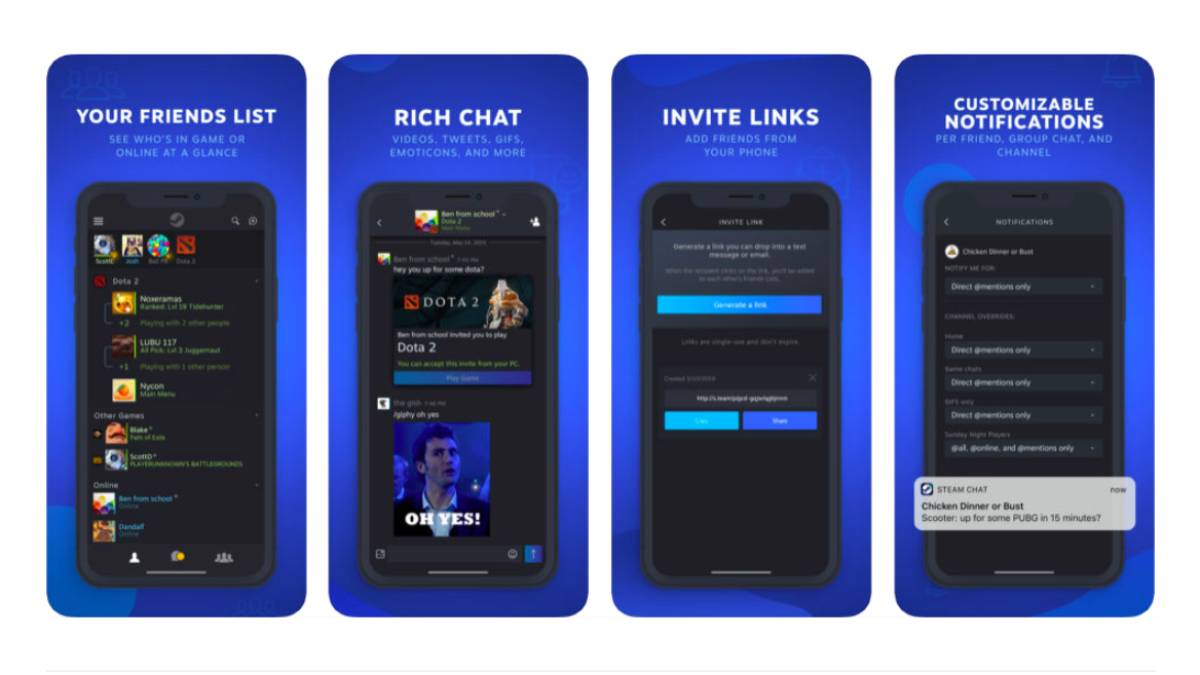 Valve, the company behind the Steam games store, has released its Steam Chat app for iOS and Android, hoping to take on the hugely popular Discord. Steam overhauled its desktop client’s built-in chat feature in July last year, adding highly requested features including voice, group chats, GIF support, friend sorting, and a completely revamped user interface. Steam Chat was previously available to mobile users within the Steam Mobile app, but the new standalone Steam Chat app brings most of the new features and conveniences of the desktop client to iOS and Android devices. The apps are completely free and are already available in the mobile platforms’ respective app stores.

Users will be able to see their friends lists and who’s currently playing which game. Rich chats including links, GIFs, videos, embedded tweets, and emoticons are supported. Group chats have also made it over to the mobile app. Steam users can generate invitation links that can be texted or emailed to people to add them as friends. Mobile notifications have also been improved, with per-friend and per-group customisation options.

One major feature that is missing is voice chat, though Valve says that this will be added in the future. The company is also asking users to submit comments and feedback through an official Steam Community forum thread. Users have already begun asking for tweaks such as time zone support, the ability to be invisible to friends, multi-device message sync, and silent push notifications.

With communication features getting their own dedicated app, the Steam Mobile app will soon be refreshed to focus more on account security. Steam Guard, the main feature of the app, which allows users to set up two-factor authentication for their Steam accounts and verify inventory item sales, will get new user-friendly features such as QR codes which could eliminate the need to type in an alphanumeric code each time it is used. The app could have a completely overhauled UI as well, going by a promise of improved app navigation.

The launch comes just after Valve was finally able to release its Steam Link app for iOS. It had been delayed for over a year as the company sorted out a dispute with Apple regarding the ability to buy games within the app. Valve contended that it was just a remote access app allowing purchases through the Steam desktop client, while Apple didn’t want to allow any purchases in apps that don’t go through its own App Store and give it a cut of the proceeds. Eventually, the app was released without any way to purchase games.