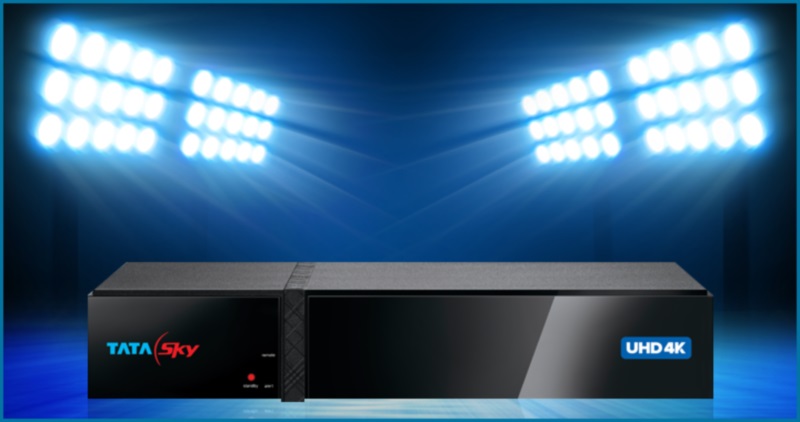 Direct broadcast satellite television provider Tata Sky on Wednesday launched a new set-top box (STB) which will have recording ability and will come with a Wi-Fi dongle to enable consumers to enjoy recorded content on smartphones and tablets without consuming Internet data.

The announcement assumes significance as this is a first of its kind technology in India.

“The new product (storage capacity of 500GB) which comes at a price of Rs. 9,300 along with the Wi-Fidongle is aimed at consumers in the metro and Tier-I cities. We expect to see a fair share of growth as we have seen with our other products,” Pallavi Puri, chief commercial officer at Tata Sky, said.

“The launch of the Tata Sky Transfer STB comes at a time when 75 percent of Indian audiences accessing the Internet on their mobile devices are aged between 19 to 35 years and increasingly seek new content. Tata Sky plus Transfer is hence the innovative answer for consumers who want to keep in touch with their favourite content round the clock, anywhere, essentially without using up broadband data,” Harit Nagpal, managing director and chief executive, Tata Sky, said.

The new STB empowers the subscriber to transfer their recorded television content from the set top box to their smartphones or tablets. “This effectively means that the Tata Sky subscriber can now record and view programs on their tablets or smartphones at any place and time in offline mode via the Tata Sky app,” the company said in a release.

The app is currently available for Apple and Android users.

Although the innovation is a first, the new STB takes the time of the content to transfer data via the Wi-Fi connection. Subscribers can also live-stream pre-recorded content on their mobile devices even if the STB is on and is catering to a television set.

Asked about the high price of the product, Puri said: “If the subscriber sees the entire deal, the package is inexpensive. Our existing customers will also have the option of upgrading to the new STB.”

“In addition, subscribers can give a command to record their desired programme by being anywhere outside their homes, through their smartphone, which the STB at home will execute. Once recorded, it can be viewed on the STB or transferred to view outside,” it added.